Peter:
It was hard for you to think with racks in the beginning. Later you pretty much concentrated on them. Why?

Dave:
The marketplace changed, and so did our expertise. When we built the Emulator 2, MIDI was new, racks were unknown, and the competition from the Japanese giants was quite modest. All that changed over the next decade. Controlling rack gear via MIDI from a keyboard or computer became commonplace. Musicians began to demand good weighted “master” keyboards, and these were hard for us to procure at competitive prices. We became much more skilled at designing cost-effective rack-mount gear. In essence, we found a niche that worked well for us. 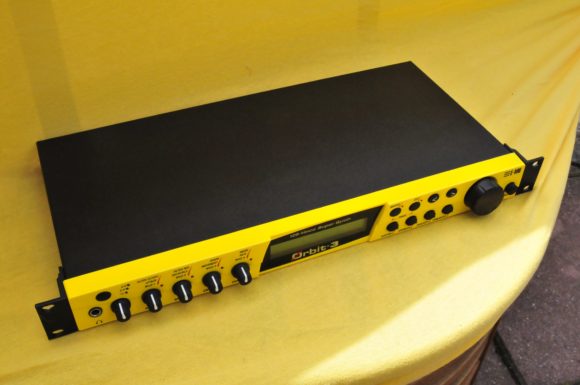 I really wanted to design a great keyboard controller, but never had the time and support to do it. E-mu had purchased the tooling for the plastic components of a keyboard from Pratt Read (an American keyboard manufacturer). In the early 90’s, I worked closely with Steve Thompson, our brilliant mechanical designer, to invent an economical, good feeling keyboard that would precisely sense key velocity and position through capacitive sensing, a similar technology to what’s used so effectively in today’s tablets and smart phones. But we could never get the sensors to be consistently manufacturable. We gave up, and E-mu largely stuck with rack modules.

Peter:
You first started to put in displays that were able to show graphics for editing samples only with the EMU IV. AKAI and CASIO did that already long before. I guess that was the reason for AKAIs’ success. The EMU IIIXP and S were also missing a display that was able to show those graphics. Why did you do it that way?

Dave:
We couldn’t find a source for an affordable graphics display. In the early ‘90s, international sourcing was difficult. Akai and Casio had Japanese business contacts and could no doubt negotiate good pricing at modest volumes; E-mu simply didn’t have the connections and business clout. We would have loved to include graphics, and worked hard to find an affordable source, but never succeeded until the EIV.

The next and last part of the interview will be published next Saturday.