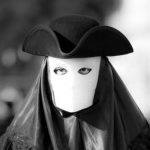 Ich Bin
Author & Composer
Musikrichtungen
All
Über mich
Composer of TV Series & Film Score Composer (Italy & United States of America) Music & Video Producer (House, EBM, Industrial, Synth/Techno-Pop,...) Author of Autobiography, Non-Fiction, Novel, … Autodidakt / Focus: Ecotrophology, Independent Science, Music-Film-TV- Compositions , Screenplays, Short Film/Music Video, Literature, Religions,... The author & composer Phantomas has withdrawn completely from his previous life since the end of 2014. His life, which he led as an artist under a pseudonym, was to be described as popular in some countries. Withdrawn he enjoys the anonymity in the context of his works, which are only provided as composer and author. He is not available for any conversations and has also become unrecognizable in the age of digital and artificial intelligence. Emails or letters will be answered by an agent within the legal deadlines.
Musikalischer Status
Professionell
Künstlername
Phantomas
Meine Bands
many
Einflüsse
All kind of music
Meine Kleinanzeigen
Aktuell sind keine Kleinanzeigen hinterlegt.
Leser-Stories

Leser-Story: TECHNO – Made in Frankfurt

TECHNO - Made in Frankfurt