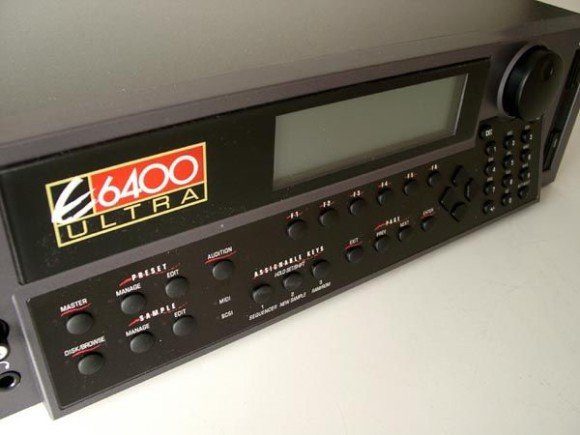 When AKAI released their S5000 and S6000 with the high number of Bugs you countered with the EMU IV Ultra series. Did you get the feeling that AKAI lost ground and E-mu established themselves in the studios around the world?

Akai definitely lost ground to E-mu in that era, but I honestly don’t know how much the EIV had to do with that. The EIV Ultra began as a “complete re-design” of the EIV, but since the effort to re-write the software from the ground up would be too expensive, and the G-chip II sound engine was still unequalled by rivals, we chose instead to just upgrade the processor and incrementally improve the software. I’m sure these decisions minimized bugs; the resulting product was also both reliable and powerful. The EIV Ultra is still being used in studios worldwide today.

Dave:
Sound is subtle, and any real „scientific“ tests must be carefully done in a „double-blind“ way, so the listeners cannot possible gain even the most subtle cues as to which sound is which.

The filter chips in the EIIIXP and EIV are both H-chips, so the mathematics of the filter DSP are identical to the last detail.  However, I can think of two possible ways they could differ.

First, the programming of the H-chip could be different.  Each filter had a total of 8 16-bit coefficients, and these could be programmed differently for the two synths.  Any difference would affect the sound.  Since I don’t have access to the source code for either synth, it would be very difficult to know if the coefficients were the same or not.

Also, the EIIIXP used the original 32 voice G-chip, while the EIV used the 128 voice configuration of two G-chip IIs.  The mathematics used by the G-chip and the G-chip II for sample interpolation (pitch-shifting) were very similar, but not identical.  The G-chip II was slightly brighter in its most common configuration.  This is actually a more accurate representation of the original sample, but it could give the sound a less warm feeling.