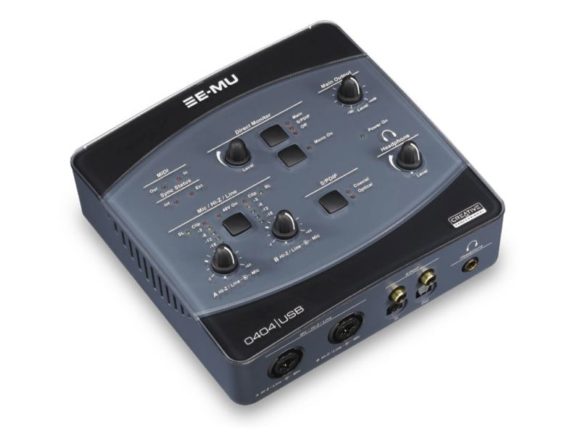 EMU 0404 USB under the direction of Creative Labs

In the end you sold E-mu to CREATIVE LABS and ENSONIQ. Every musician was shocked. Why did you sell E-mu?

After the challenges of the Emulator III and getting the Proteus into manufacturing, we realized unless we made changes, E-mu’s existence would be forever at risk. In 1990, we hired Charlie Askanas, a former E-mu board member and experienced CEO, to lead us. The computer multi-media revolution was just beginning, and we knew the G-chip technology would work ideally for sound cards. We didn’t have the capital to attack that market ourselves, so we were very excited in 1992 when Creative, the market leader, made a deal to license the Proteus technology in the form of the Wave Blaster.

We often said what E-mu needed was “parentage” – investors, or a partner company, with deep pockets that could help us both in business and finance. We had thought about going public, but Wall Street remembered Kurzweil Music and was not interested.

In December of 1992, Charlie called Scott and me into his office. He had received a call from Creative asking if we were interested in talking about acquisition. Charlie told Scott and me that if E-mu were sold, Creative would “take this place apart like a Christmas turkey” and we would be “the two least popular guys in Santa Cruz.” On the other hand, Creative’s business was booming, and we had been looking for parentage without success. Should he blow them off, or meet with them? We decided there was nothing to lose by at least listening to what they had to say.

Charlie came back with a big grin. He said that Creative opened the meeting by saying they wanted to E-mu to continue unchanged in the music business, giving us the backing to thrive. The reason for acquisition was so they could be certain to benefit from E-mu’s technological advances. As we probed further, Creative’s founders seemed sincere in this belief, and we learned that Mr. Sim, the CEO, had a passion for music.

So we decided to go for it. Every E-mu employee at that time was a company stockholder, so everybody got a very nice bonus. And Creative was, for many years, absolutely true to their promise. I became first the director of the “Joint E-mu/Creative Technology Center” (now called the “Advanced Technology Center”, or ATC), and later Creative’s Chief Scientist. Sim has said many times that E-mu was the best acquisition Creative ever made. 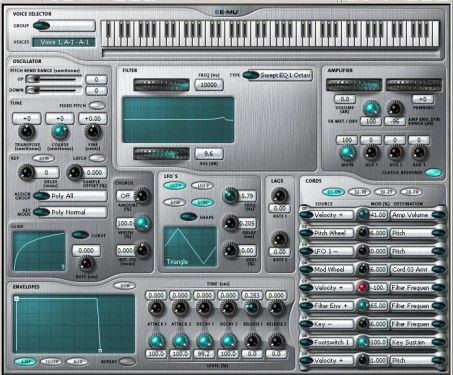 Peter:
This sounds plausible. But yet we had the feeling that E-mu has lost a bit of its glamour then…

I would not say that E-mu ever ran out of innovation and new ideas. The changes were much more subtle than that; even in retrospect it’s difficult to sort out why E-mu failed to thrive after the Creative acquisition. It may have been simply due to the dynamics of various personalities. Through 1993, Scott Wedge, Marco Alpert, Ed Rudnick and I were directly very involved with virtually every product, and we had developed together a team dynamic that worked extremely well. After the acquisition, Scott and Marco both left, Ed moved into software quality management, and I focused more on technology development that could be used by both Creative and E-mu.

Marco Alpert, our visionary VP of Marketing, was recruited away from us just after the Creative acquisition. Though we had other marketing folks, none equaled Marco’s skill in teaming with engineering to create innovative product concepts. On the engineering side, nobody stepped up to take the music product leadership role that I had abandoned to lead the Tech Center. As a result, engineering was disconnected from marketing and sales – they no longer shared a vision. I also sometimes wonder if being constantly at risk wasn’t what made E-mu work – in our heyday we all knew our security depended on doing everything right, every time. But though I was disappointed that E-mu wasn’t thriving, I also felt like it was not my place to step in and save it. My child had grown up, and needed to learn to make it on its own. Honestly, I might be that the marketplace just got more competitive, particularly with the move towards software products, and we wouldn’t have done any better no matter what.

Making of: Iron Maiden, The Number of the Beast