It took us totally by surprise. When designing the SP12, we were very aware of the Linn 9000, with 16 bit samples and a correspondingly high price. We decided that was beyond our goals, and compromised with 12 bit samples and „drop sample“ pitch shifting. We were certainly delighted with the reception the SP12 garnered in New Orleans in 1985, but even then, we had no idea how iconic this instrument would become. 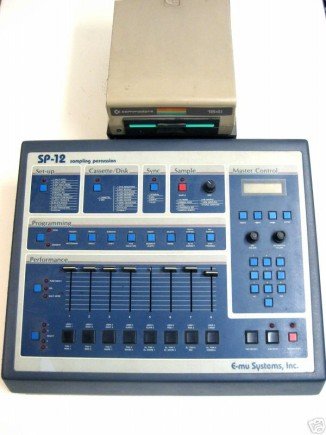 We affectionately called the SP12, and then the SP1200, „The product that refused to die.“ When we finally ceased production around 1993, demand continued. In 1997, we decided to re-issue it, but was quite difficult, as many of the components had become obsolete. I still have a T-shirt, internally released, commemorating that event, sporting the words „Jurassic Parts.“ 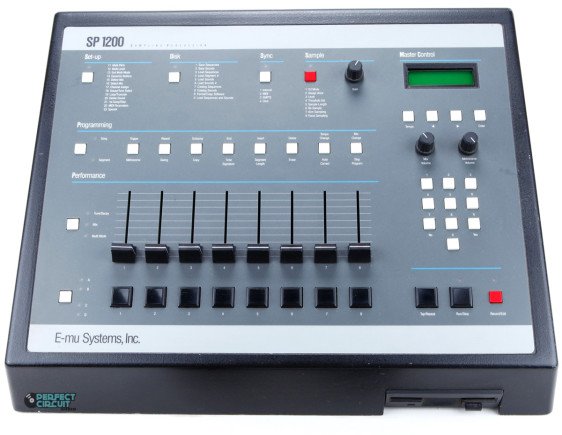 Peter:
Especially the hiphop scene made the SP series famous. What was so exciting for hiphop musicians to work with the SP’s?

Dave:
Our choice of combining the relatively good fidelity of 12 bit samples, the classic SSM2044 filter sound, and the gritty distortion of drop-sample pitch shifting fit perfectly into the aesthetic of the genre. Of course, the user sampling feature was critical, as well as having enough memory to sample not only individual sounds, but entire phrases. And when the SP-1200 added the ease of disk-based storage, the instrument became particularly attractive.

What’s not often recognized is that the SP’s user interface really lends itself to the kinds of sound manipulation that are the hallmark of hiphop.

Peter:
Those two successful products must have sold pretty well, right? What plans did you make at that time?

Dave:
The success of the E2 and the SP12 gave us the time to begin to look at advanced technologies. It was clear that samplers were the way of the future, and both audio DSP and custom digital integrated circuits were becoming available to companies the size of E-mu. I focused on the next generation of E-mu DSP chips – the E-chip that was the heart of the Emax, then the G-chip sampler which powered the Proteus, and the H-chip filter that enabled the Emax II, the EIIIX, and ultimately the Morpheus. Each was a huge advance in technology, but they were difficult enough that they took all my attention.