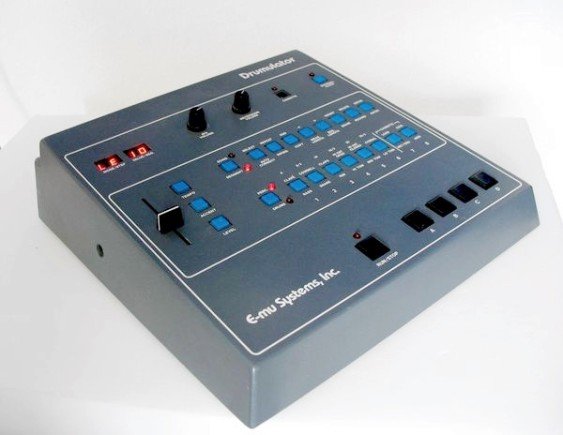 You guys wanted to compete with all the big brands. The Drumulator came out 1983 as a counterpart to the LinnDrum. Your Drumulator was a big success as far as I know, right? Was that just because of your pricing?

The Drumulator was born in another of my hardware optimization insights. The LM-1 and LinnDrum used a separate digital address generator, ROM, and DAC for each drum sound; this was costly. I realized that a single, compact programmable micro-controller could generate the addresses for all the sounds, stored in a single ROM, and output them to a single, multiplexed DAC. This cut the cost of the technology by a factor of three.

While we kept the development of the Drumulator secret, we did tell Roger Linn about it prior to its introduction in January 1983. Since we had, years before, done the design review for him on the LM-1, we wanted to be sure he understood we were not stealing his confidential technology. Besides, Roger was, and still is, a good friend.

Still, the Drumulator was successful in the market mainly because of its price. The LinnDrum was more full featured. The optional sounds from Digidrums (later Digidesign) were a nice feature that contributed modestly to our sales.

Peter:
Alright. Change of subject – all your former Emu products had a typical blue design. Whose idea was it and why did you chose blue?

Dave:
That’s easy, it was my choice. Blue is my favorite color, and that particular shade is top of the list. My wife still calls it „E-mu blue“ and looks for shirts that color. 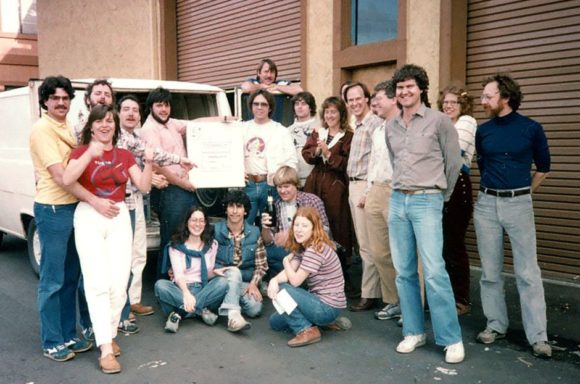 The E-mu Team shortly before the presentation of the Drumulator (1983). One guy is holding the shipping box containing the first Drumulator!

Peter:
You ran out of money before you finished the next generation of your Emulator. At least someone wrote that in Wikipedia. Is that true?

Dave:
That’s a fairly accurate description. We had expanded rapidly to meet the production demands of the Emulator and Drumulator, and hired engineering and marketing staff accordingly to design the Emulator 2. The E2 was an ambitious project including dual Z-80 processors.