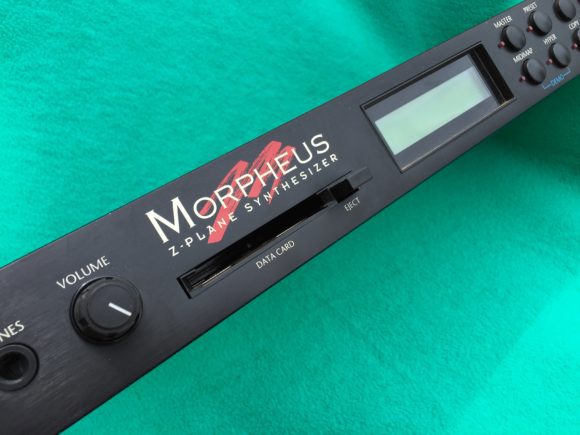 The king of the Proteus Family, E-MU Morpheus

There should be a Proteus with the Morpheus with a comprehensive synthesizer approach. But somehow it was really complicated to program and understand it. What do you think about your morphing-technology today?

Morpheus was the ultimate H-chip synthesizer. The single H-chip in the Emax II was configured in its simplest form – 32 2nd order (12db/octave) low-pass filters. The four H-chips in Morpheus (and even more in the EIV Ultra, Proteus 2000 and derivatives) take full advantage of the 14th order capability we called “Z-plane” synthesis. Such a powerful filtering technology is difficult to control. At any instant, the 14th order filter is controlled by 28 independent numbers. By “morphing,” the real-time control implemented inside the H-chip DSP, we could take two sets of these 28 numbers, and, in real time, smoothly vary the filter between them.

The hard part was coming up with the right numbers – now 56 of them – that produced musically useful sounds. Coupled with that was the fact that when the filters became time-varying, they were no longer guaranteed to be stable. Morpheus had a late fix to real-time monitor and kill any unstable filters, because we found that even after we’d spent months auditioning filters to be sure they were stable, once in a while some combination of MIDI controller signals would make them go nuts and oscillate uncontrollably. Unchecked this would damage your speakers and your ears! But simply sweeping between two filters wasn’t always sonically interesting enough. We couldn’t re-design the H-chip to add more real-time morphing, but we put a powerful processor (a 68020) into Morpheus so it could blend 8 filters (now 224 numbers!) when a note was initiated.

But you’re right, Morpheus was hard to understand, and even harder to learn to program. It was truly a “cult” instrument. Musicians that took the time to understand it loved it (and still do). For the rest, the learning curve wasn’t worth the reward. Even now, I feel that nobody else has every approached, much less equaled, the Morphing technology. Today there’s more compute power available for much less cost, so I expect somebody will forge ahead in this area someday soon. 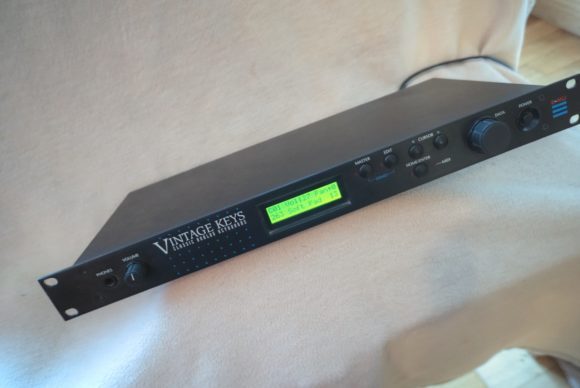 Peter:
However the Vintage-Keys were a huge success – just in time when Techno-Music took over the music scene. How did that Vintage-Romp-Player come?

Dave:
There were several Vintage Keys products spanning many years. The original “Vintage Keys” module (1993) was the first of the Proteus family to include the H-chip filters; it was actually the prototype platform for Morpheus. As I recall, it was quite well received, but not quite revolutionary. The H-chip filters handled the synth sounds nicely; I think they were by far the most musical digital filters at that time.

The two H-chips in Vintage Keys were somewhat expensive, so we introduced the less expensive Classic Keys module in 1994. We swapped the H-chips for a couple of inexpensive effects chips. I don’t think this version did as well in the marketplace. The Proteus 2000 family used our most advanced, dual G-chip II, 128-voice architecture; the Vintage Pro module (2002) incorporated the Vintage sound library. Like the Vintage Keys, it was well received, but not a superstar. The same sound set with an abbreviated, 64 voice version of the sound engine was incorporated into the Vintage Keys Keyboard (2003), but I don’t think that product sold well.

I don’t think the Vintage Keys line was ever a huge success. They were great instruments, and popular in their niche, but none successful enough to bring E-mu consistent long-term revenue. My involvement in all the Vintage Keys products was minimal. I developed the chips and the sound engine, but other engineers, and the sound department, handled the details.