“We are thrilled to welcome everyone on the PreSonus team to the FMIC family and excited about the future growth opportunities available to both companies,“ said Andy Mooney, CEO Fender Musical Instruments Corp. “Our teams share the same passion for music, the same commitment to innovation and the same desire to inspire and equip current and future generations of artists”

“I would like to extend our utmost gratitude to our loyal Baton Rouge and Louisiana community that have supported PreSonus for the last two decades,” said Kevin Couhig, Chairman of PreSonus. “It has been wonderful being a part of this incredible journey with PreSonus. I’m excited to see what the future holds going forward”

„After more than 25 years PreSonus feels it has found the right partner to support us as we continue our growth,” said Jim Odom, Founder/CSO PreSonus. “We look forward to showing our current and future music community what this opportunity means for them.”

“PreSonus and Fender’s combined vision, the way we see the future of music creation, and the fundamental alignment of goals has made this an exciting idea since the first conversation,“ said Jim Boitnott, CEO PreSonus. 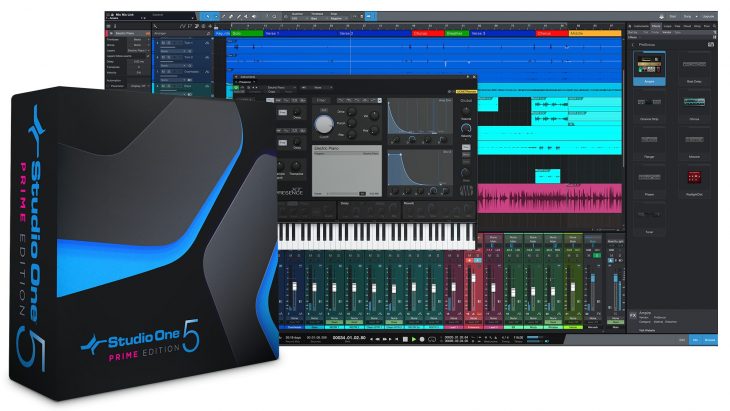 For more than 75 years, Fender has been committed to creating tools supporting artists. With each technological advancement, the way that people create and record music is constantly evolving. While most guitar and bass players still plug into amplifiers, many also plug their instruments into interfaces, using virtual amps and effects to create their sounds. Players of all levels are spending more time online than ever before and using a variety of products and technologies to learn, practice, jam and perform, record and share. This modern workflow has expanded the traditional signal chain to include capturing and distributing creative content to the world. Fender envisions an ecosystem that seamlessly integrates hardware and software to create an effortless end-to-end experience for customers at all levels in their creative journey, and joining forces with PreSonus makes that possible.

Founded in 1995 by Jim Odom and Brian Smith, PreSonus designs innovative audio products that provide professional sound quality and features without sacrificing affordability. Throughout its history, PreSonus has built innovative tools for musicians, content creators, producers, and audio engineers. Today, PreSonus is a leading designer and manufacturer of both recording and live-sound hardware and software solutions that solve real-world problems for real working creatives.